What are prostate problems?

Prostate problems are broadly divided into those caused by benign prostate enlargement and those caused by prostate cancer. There is also inflammation and infection of the prostate, called prostatitis.

What is the prostate and what does it do?

The prostate is an organ found only in males. Normally it is the size of a walnut. It sits between the bladder and the penis. The prostate contains glands that contribute fluid to the semen.

The prostate also contains muscle fibres. During ejaculation, the prostate muscle fibres contract to help push the semen down the water pipe water, or urethra, and also prevent semen going upstream in to the bladder.

Benign prostate enlargement, also called Benign Prostatic Hyperplasia or BPH, is caused by the effect of testosterone acting on the glands within the prostate, to make them expand over time due to increased cell growth.

So any adult male who produces testosterone is at risk of benign prostate enlargement eventually. And the older you are, the greater the risk.

What are the symptoms of benign prostate enlargement?

These are known as voiding symptoms. They include difficulty initiating the flow (hesitancy), a weak flow, an interrupted or stop/start flow, a sense of incomplete emptying and post-void dribbling. Passing urine may also be painful (dysuria).

You can also develop secondary storage symptoms, which include wanting to pass urine too often (frequency) or with little or no warning (urgency). Passing urine at night is also common (nocturia). 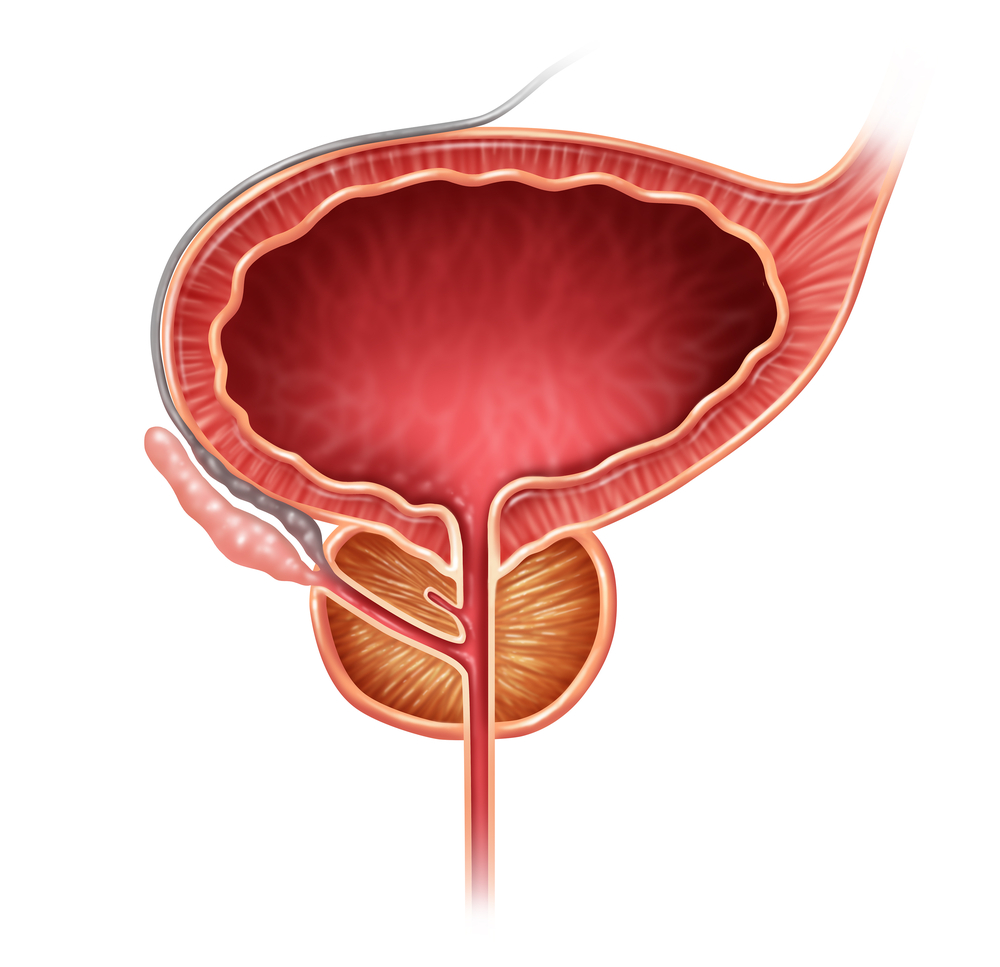 What is the treatment for benign prostate enlargement?

The first line of treatment is with medications. These work in one of two ways. The first type of drugs are called alpha-blockers. They work by relaxing the muscular component of the prostate, so the urine flows more easily down the water pipe.

These drugs work fast, but their effectiveness can wear off over time. The second type of drug works by shrinking the glands in the prostate. These drugs take longer to work, up to six months, but they have very good long-term effectiveness.

If the drugs don’t work, or aren’t tolerated, or their effect wears off over time, then surgery can be performed to unblock the prostate.

Again the cause is thought due to the effect of testosterone on the prostate. There are some thoughts that certain foods, bacteria or viruses may be involved. The exact cause remains unknown. We do know it runs in the family, so if your brother or father had prostate cancer, your risk is doubled.

The risk of prostate cancer also increases with age. Approximately 1/13 men will develop prostate cancer by the age of 75, making it the most common cancer affecting men in New Zealand. The average age of diagnosis is 66 years old.

What are the symptoms of prostate cancer?

Early on there are usually no symptoms at all. The urinary symptoms described above most often relate to a benign enlargement of the prostate only. Later on with prostate cancer, you can develop urinary symptoms however. Rarely you can get blood in the urine.

If the cancer spreads to the bones you can get bone pains. In advanced cases you might start to lose weight and get night sweats and tiredness.

What is the treatment for prostate cancer?

This depends on a number of variables, but the most important considerations are firstly the age and general health of the patient. The second major consideration is the aggressiveness and extent of the prostate cancer.

This is designed to put the cancer to sleep, or into remission, so that the man can live out the rest of his natural life with minimal intrusion by the prostate cancer. This is called hormonal therapy, or androgen deprivation therapy (ADT).

In some instances, if the prostate cancer is particularly un-aggressive and the volume of the cancer is tiny, then no treatment is required at all. The man will instead go onto a vigilant surveillance programme instead. We call this active surveillance. Down the road the cancer may still need to treated though, if the volume or aggressiveness were to progress.

What are the symptoms of prostatitis?

Voiding symptoms are the most common, such as pain or a burning sensation when urinating. You may also experience difficulty urinating, such as dribbling or hesitant urination. You might also have a frequent or urgent need to urinate. Urine may be cloudy or even bloody. You may also feel pain in the area between the scrotum and rectum (perineum), or pain or discomfort of the penis or testicles. Ejaculation may be uncomfortable. In bacterial prostatitis, you may even have flu-like signs and symptoms.

How is prostatitis  treated?

Prostatitis treatments depend on the underlying cause. Antibiotics are the most commonly prescribed treatment. You'll likely need to take oral antibiotics for a minimum of two weeks, but often for six weeks or even longer for chronic or recurring prostatitis. Alpha-blockers are also useful. These medications help relax the bladder neck and the muscle fibres where your prostate joins your bladder. This treatment might ease symptoms, such as painful urination. Anti-inflammatory agents such as ibuprofen or voltaren might also help make you more comfortable.